Work in the one of the greenest cities in Europe.

Sheffield is England’s fourth-largest city, with a population of over half a million. We have a wealth of facilities you would expect to find in a major city, yet maintain a welcoming and accessible feel. We are a friendly city with a prosperous economy and relatively low cost of living, all of which makes for an excellent quality of life.

The city of Sheffield contains an abundance of entertainment and cultural activities including award-winning theatres, such as the Crucible and Lyceum which are major regional attractions, museums and galleries, a variety of clubs and live music venues, and a range of spectator and participation sports. With a thriving cultural industries quarter and a range of city-wide events throughout the year, there is something on offer to suit everyone’s taste and interests.

Located on rolling hills and dissected by river valleys, Sheffield is one of the greenest and most wooded cities in Europe. More than a third of the city lies inside the beautiful Peak District National Park, and it is virtually surrounded by open countryside – over half the city’s population live within 15 minutes of open countryside.

It is also the greenest city in England, with 175 woodlands and 75 public parks. There is also a wide range of affordable housing and excellent schools on offer.

Sheffield has good rail and road links, with a typical train journey to London St Pancras taking only two hours. Manchester Airport is also just over an hour away with an ever expanding repertoire of routes to national and international destinations. 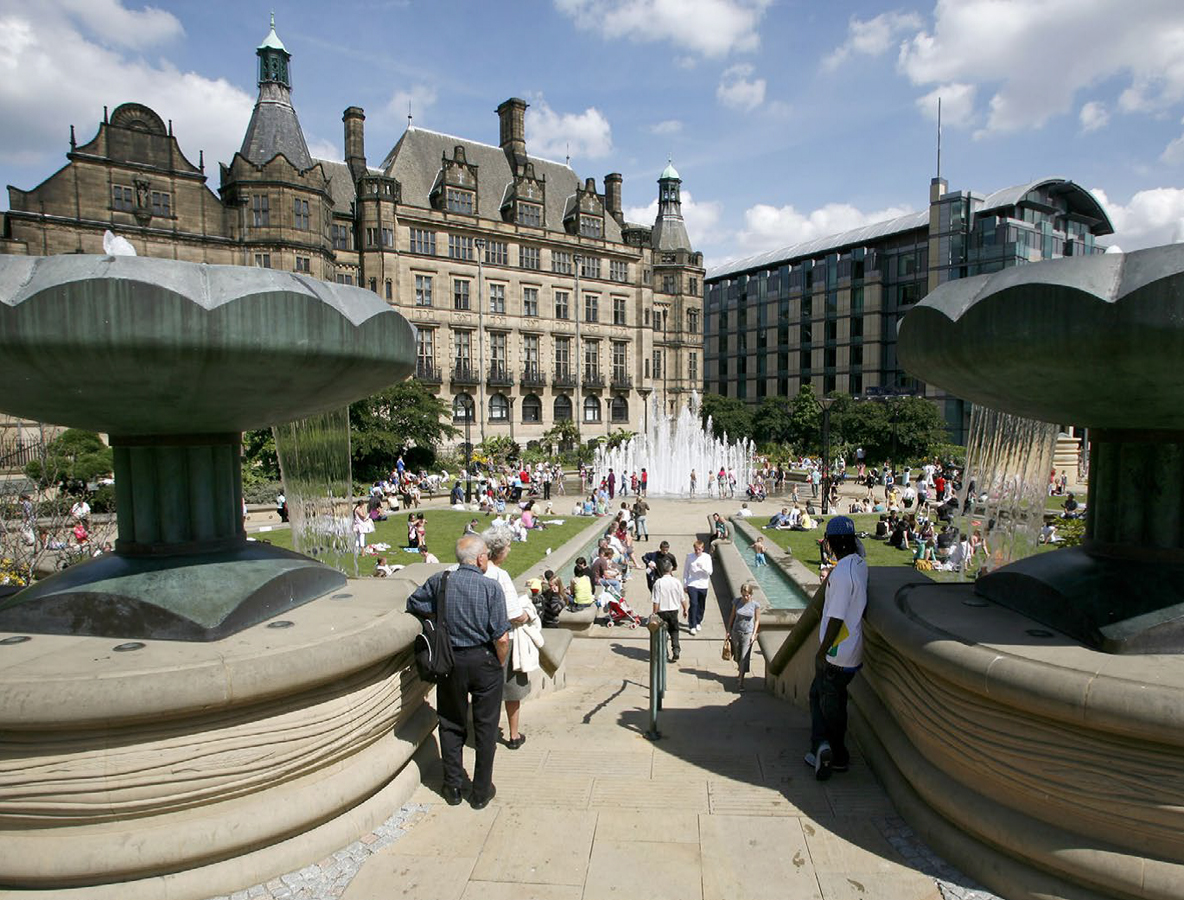